Please ensure Javascript is enabled for purposes of website accessibility

Home/Autism & Diagnosis/What is autism/Autism history & prevalence
A brief history of autism The first classification of autism The work of Hans Asperger A growing understanding of autism DSM-4 and Asperger disorder The emergence of Autism Spectrum Disorder (ASD) The changes to DSM-5 in 2013 What is the prevalence of autism in Australia? Survey of Disability, Ageing and Carers (SDAC)

A brief history of autism

Our understanding of autism and how it affects people on the spectrum has evolved significantly over the past eighty years or so when the first attempts at classification were made.

The first classification of autism

It has thought that the unique presentation of symptoms that came to be classified as autism first began to be understood by researchers in the 1940s, including Grunya Efimovna Sukhareva and Paul Bleuler.

However, it wasn’t until 1943 that Leo Kanner, a child psychiatrist at Johns Hopkins University School of Medicine, coined the term “infantile autism” based on his observations of eleven children in his clinic (coming from the Greek word ‘autos’, meaning ‘self’).

Kanner noted that these children in their social interactions did not instinctively orient towards others and they were resistant to change.

He also observed that they became, in his terms, obsessed with objects and needed sameness in their environment.

As research evolved, so to did the definition of autism and many of the conclusions that Kanner came to, have now been largely dismissed.

In 1943, child psychiatrist Leo Kanner coined the term “infantile autism” based on his observations of eleven children in his clinic.

The work of Hans Asperger

In 1944 Hans Asperger, a pediatrician at the University of Vienna in Austria wrote an article about children he had observed who shared similar characteristics of those in Kanner’s clinic but on a wider spectrum.

However, it has been suggested that Asperger and colleagues in Vienna had in fact been analysing and describing autism since the 1930s and that colleagues of Asperger actually played a key role in Kanner’s work in the 1940s.

Part of Asperger’s approach was to create a school that was centred around these children’s cognitive strengths rather than any perceived difficulties they faced.

What was notable was the diversity of the characteristics displayed by the children in Asperger’s clinic — an aspect of autism about which we have begun to have a greater understanding in recent years.

As Asperger’s research work was undertaken during the years in which Austria was under control of the Nazis, his article was not translated into english for nearly forty years. So that, his findings did not become widely accessible until 1981. A growing understanding of autism

Understanding of the pioneering work of the 1940s began to be combined with significant contemporary research with the publication in 1981 by Lorna Wing, child psychiatrist at the UK’s Institute of Psychiatry in London, of a paper which referred to autism as a continuum — a precursor to the use of the term spectrum. Wing also acknowledged Asperger’s earlier work by referring to Asperger syndrome.

In 1989, the first children in South Australia to be recognised as having Asperger syndrome were diagnosed by Autism SA.

In 1989, the first children in South Australia to be recognised as having Asperger syndrome were diagnosed by Autism SA.

The Diagnostic and Statistical Manual of Mental Disorders, 4th Edition, published by the American Psychiatric Association (APA) and more commonly referred to as DSM-4, was issued in 1994 and included Asperger syndrome for the first time.

Other diagnoses that were thought to be different categories of autism were included in DSM-4 under the umbrella title of Pervasive Developmental Disorders. These included:

The term Autistic Spectrum Disorder (ASD) was first coined by Lorna Wing in 1996 as means of describing various neurodevelopmental differences, including autism and Asperger syndrome.

For a diagnosis of an Autism Spectrum Disorder to be reached, a person had to display characteristics in three areas — communication, social interaction, and restricted and repetitive patterns of behaviours, interests, or activities — either from early childhood or at a level which limited or impaired daily functioning.

The updated DSM-5 was released in 2013, and it redefined Autism Spectrum Disorder so that it encompasses previous diagnoses of autism, Asperger syndrome and PDD-NOS (although if a person has previously been diagnosed with Asperger disorder, this diagnosis is usually maintained).

What is the prevalence of autism in Australia? While there are various reports suggesting different prevalence rates within Australia, The Australian Bureau of Statistics (ABS) conducts the Survey of Disability, Ageing and Carers (SDAC) every three years. The most recent was conducted between July 2018 and March 2019, with the findings being released in November 2019.

The aims of the Survey of Disability, Ageing and Carers include:

What does the survey say about autism in Australia?

Some of the key data to emerge from the 2018 SDAC survey pertains to the prevalence of autism in Australia today. It also seeks to measure the impact autism has on the everyday lives of people on the spectrum.

What has been the impact of changes in how autism is diagnosed?

Changes made to the Diagnostic and Statistical Manual (DSM) have meant that autism is now diagnosed differently compared to how it was in the past.

It may be that these changes to DSM criteria — in particular DSM-4 in 1994 and DSM-5 in 2013 — have had a impact on diagnosis rates, i.e., more people have been diagnosed as being on the spectrum since these changes were introduced.

In particular, this could account for a significantly larger proportion of people under the age of 25 being diagnosed as being on the spectrum when compared with previous generations.

This has also been accompanied by a better understanding of autism, and this too may have contributed to a greater number of young people receiving an autism diagnosis when compared to older demographics.

Are there more people being diagnosed with autism than before?

While it would seem that more people in Australia are being diagnosed with autism, this does not necessarily mean that there are now more people on the spectrum than ever before.

Instead, a combination of clinical and cultural factors, including greater awareness and improved access to autism diagnoses, have likely contributed to a greater prevalence of autism.

At the same time, an interesting finding to emerge from the SDAC survey is the reported drop in the prevalence of autism in people aged 30 or older. 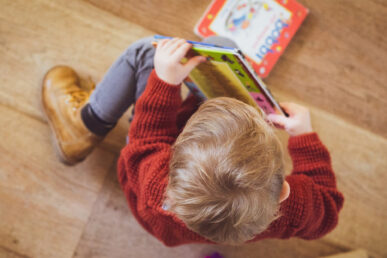 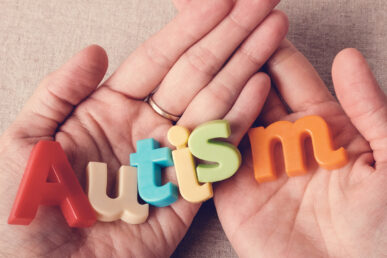 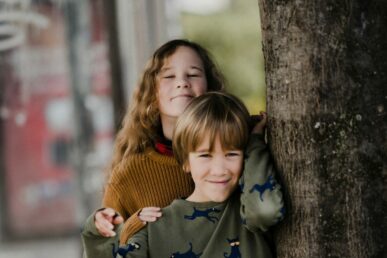